Should You Avoid Eggs? The Scientific Deep Dive 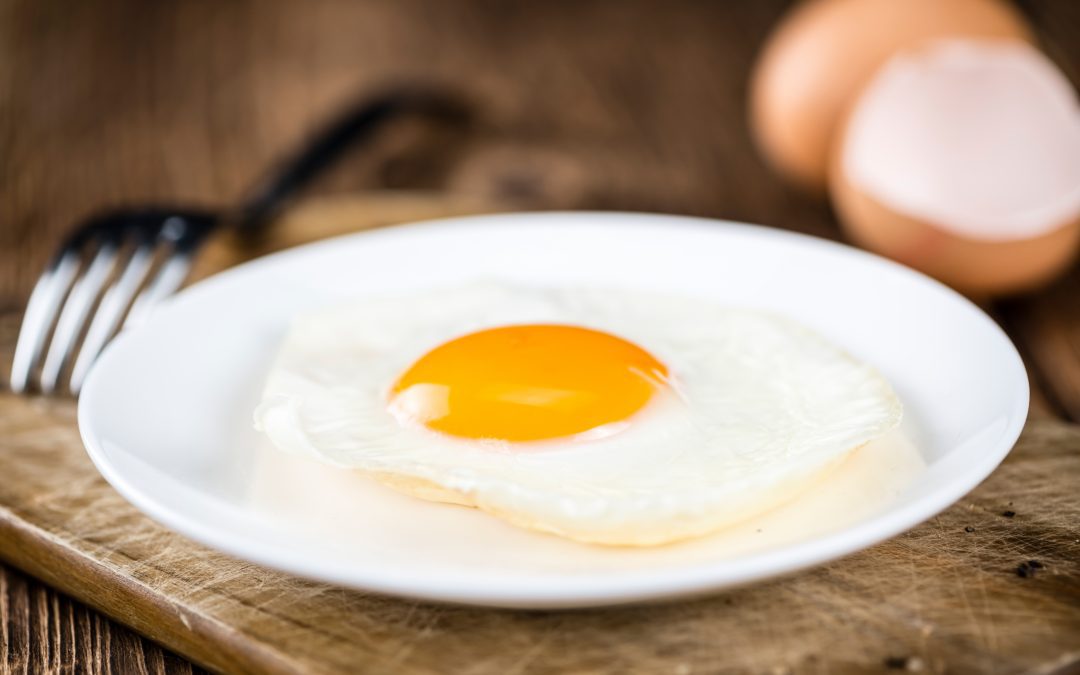 Eggs are often touted as “nature’s perfect food” due to their balanced amino acid profile.  They are indeed a very popular food. It’s estimated that the average American will eat 289 eggs in 2020. I don’t eat any, and millions of people on plant-based diets don’t eat any either, so many people eat a lot more than that!

Eggs may not be as healthy as many people think they are, and it’s not because of their cholesterol content, which is a hotly debated topic. I usually recommend that my clients and patients eliminate eggs from their diets.  I personally have been avoiding eggs for about 35 years now, as they give me an excruciating headache.

In this article, I will discuss the pros and cons of eggs, and provide a scientific deep dive on when and why eggs should be avoided.

Many people who come to me experience some degree of leaky gut, which can manifest not only in gut symptoms but also as fatigue, hormone imbalances, brain fog, mood issues, skin problems, pain, allergies, and autoimmunity. For these people, it is important to remove specific foods to allow their gut lining can heal.

Although eggs can be a nutritious and versatile source of complete proteins, there’s growing evidence that animal protein is inferior to plant protein and may cause cancers by increasing insulin growth factor 1 (IGF1)1. IGF1 is a hormone that stimulates cell division and growth in both healthy and cancer cells. High IGF1 levels has been consistently associated with increased cancer risk, proliferation, and malignancy2,3.

Many egg proteins are immunogenic- meaning they can potently activate an immune response in th body. Of around 148 proteins found in eggs, 4 proteins can strongly activate the immune system. These include ovomucoid, ovalbumin, ovotransferrin and lysozyme in egg whites, and chicken serum albumin and YGP42 in egg yolks4.

Ovalbumin, which is 58% of total proteins in egg whites, is typically used to activate the immune system in immunology studies.

Not surprisingly, egg allergy is the second most common food allergy in children after dairy5. It’s a known trigger of skin itching, eczema, bronchial asthma, vomiting, allergies, edema, hives, and anaphylaxis reactions6. Children who are allergic to eggs are also more likely to become allergic to environmental allergens7. There is no cure for egg allergy other than avoiding it, and pediatricians expect children to “outgrow” their food allergies. Egg yolk allergies tend to affect adults more than children, although the symptoms are similar8.

Some egg allergies are mediated by IgE, which is what doctors test for to identify allergies. However, eczema and some gut inflammation symptoms due to eggs are not mediated by IgE, so they are more like food sensitivities. These may not come up in allergy tests but are usually diagnosed through elimination-challenge. In over 10% of children, when they eat eggs after omitting them for a long time, the eczema flares happen in about 16 hours after the egg consumption9.

Although it is believed that egg allergies are found in children and rare in adults, adults do develop egg allergies. In a large Chinese study involving 39813 subjects, about 10% of them test positive for egg white allergies10.

These proteins are protease inhibitors, which inhibit protein-digesting enzymes, causing the gut to release more enzymes to the point that the enzymes start chewing up tight junctions between the gut lining cells11. This also means that certain egg proteins can be absorbed intact, allowing them to activate further immune responses throughout the body12-14.

When injected in the skin, raw egg whites trigger histamine release even in animals that are not allergic to eggs15. If raw egg whites trigger histamine release from immune cells in the gut, it could worsen leaky gut16. Many people with inflamed gut lining often have trouble breaking down histamines, so the increased histamine in the blood may worsen pain, brain fog, and fatigue, in addition to other allergic symptoms17,18.

Biotin is an important B vitamin for hair, skin, and nails. Raw egg whites contain high levels of avidin, which binds to biotin and makes it unavailable for absorption. Cooking eliminates some but not all avidin19. Fortunately, egg yolks are a good source of biotin19.

There are many reasons eggs could be a healthy food for some people, including:

A large hen’s egg contains about 6.3 grams of complete protein, which is rich in essential amino acids20.   However, most people eat an adequate amount of protein, and there are many plant based proteins that don’t have the downsides of eggs.

Eggs, especially free-range ones, contain decent amounts of vitamin A, vitamin D, folate, vitamin B12, selenium, and antioxidants. If the chickens are fed higher-carotenoid feeds, the egg yolks will be in deeper shades of orange and contain higher levels of carotenoids, such as lutein and zeaxanthin21,22. While egg carotenoids might be more easily used and absorbed than carotenoids from other sources23, eggs aren’t the only sources of lutein or zeaxanthin. Both are abundant in squash, peas, dark leafy greens, asparagus, carrots, broccoli, kiwi, grapes, and many more fruits and vegetables. Eggs contain lutein and zeaxanthin because chickens eat plants.

Phospholipids, such as phosphatidylcholine, are important for cell membranes, methylation neurotransmitters, and immune function. Based on mouse studies, some egg phospholipids may reduce inflammation from leaky gut24. However, some gut bacteria can convert excess dietary phospholipids and carnitine into a very inflammatory substance called trimethylamine-N-oxide (TMAO), which contributes to hardening of the arteries and heart disease25.

A large clinical study published in Nature found that meat-eaters have more TMAO-producing bacteria than plant-based eaters, possibly because of the carnitine levels in meat26. Consuming more than two eggs daily can significantly increase blood TMAO levels27. Therefore, it may be safer to get phospholipids from plant-based sources, such as sunflower and sunflower lecithin, and focusing your diet on plant-based foods.

Interestingly, while egg consumption may not have a clear association with cardiovascular disease or deaths from it, it may be associated with type 2 diabetes or other comorbid conditions28,27.

Should you cut out eggs?

If you are working to heal your gut and resolve chronic inflammation, it is important to heal your gut by eliminating gut irritants and foods that provoke an immune response. This means eliminating proteins that could be absorbed whole through the gut and activate your immune system, such as lectins and eggs. Consider removing eggs and any foods that may contain them if you have the following symptoms:

Although eggs are a nutrient dense food, it is possible to obtain these nutrients from other sources, such as vitamins and antioxidants from vegetables, and phospholipids (lecithin) from sunflower. If you re-introduce eggs after about a month and experience worsened symptoms, then this will affirm to you that the benefits of eliminating eggs exceed the inflammation you are getting from it.

Not all foods advertised as healthy are healthy. Everyone is different. The key is to be aware of how foods affect your health so that you can make choices that will result in vitality and health.

Want to learn more about foods that are proven to heal and balance the body? Check out my FREE Kitchen Herbalism training.

In this training, I share with you the top, readily available herbs and spices that can help bring your body, hormones, organs, and glands back into balance.

29. Soliman, G. A. Dietary cholesterol and the lack of evidence in cardiovascular disease. Nutrients vol. 10 (2018).