How do Dreams heal you? How Can Dreams Heal You?

Chances are, if you are with a group of people and you bring up the topic of dreams, the type associated with sleep, there will be a wide range of thoughts and opinions.

Some believe dreams are nothing more than a by-product of sleep and serve no real purpose, while others believe dreams connect us to the astral plane, a non-physical realm of all-knowing energy from which our very souls originate.

Pretty broad spectrum, yes? But what does research tell us?

One of my favorite science-based books on sleep and dreams is “Why We Sleep – Unlocking the Power of Sleep and Dreams” by Matthew Walker, PhD, a professor of neuroscience and psychology at UC Berkeley. I recommend it to all my clients as well as practitioners in my Nutritional Endocrinology Practitioner Training (NEPT) program.

The book takes a deep, fascinating, and enjoyable dive into one of the least understood aspects of health and longevity. It completely changed my understanding and appreciation of sleep and dreams, as it does for most who read it.

One of the areas I find particularly interesting is Dr. Walker’s research on the function of REM-sleep dreaming. (REM=rapid eye movement.)

Deep, non-REM (NREM) sleep is critical to memory consolidation and learning. It is also when the body repairs and regrows tissue, builds bone and muscle, strengthens the immune system, and detoxes the brain.

But what happens after a deep sleep, when the body enters REM, an unconscious state when brain activity increases- sometimes to the same level as wakefulness, the eyes move rapidly behind closed lids, breath rate increases and the body becomes temporarily paralyzed as it dreams?

Does it serve a purpose? Dr. Walker and others in the field of sleep research say, most definitely, yes! How has technology advanced research in REM sleep?

Prior to the early 2000’s the only way to look at brain wave activity during REM sleep was by using electrodes placed on the scalp. With the advent of brain-imaging machines like the MRI (magnetic resonance imaging), three-dimensional maps of the brain showed that even the deepest structures in the brain came alive when a person entered REM sleep and began to dream.

Up until this time, the prevailing thoughts on dreams were rooted in Freud’s theory that dreams were just a way for a person to act out their unfulfilled desires that went unresolved while awake.

Because the MRI could identify specific regions of the brain associated with specific functions, it was discovered that during REM sleep visual, motor, emotional, and autobiographical memory regions of the brain were activated while areas that controlled rational thought were turned off. This allowed simple, scientific predictions to be confirmed or debunked and opened the door to objective, fact-based research.

One of the more fascinating, though admittedly disturbing, studies Dr. Walker cited was done in 2013 by a research team in Japan, led by Dr. Yukiyasu Kamitani. Using volunteers, they were able to develop a method that matched brain patterns associated with specific items such as books, cars, furniture, computers, men, women, and food. They identified twenty core content categories and were eventually able to predict, with stunning accuracy, the content of a participants' dreams at any given moment by using the MRI scans.

Although it was impossible to identify exactly which book or car or piece of furniture was in the dream, the likelihood of science being able to one day decode and visualize a person’s dreams suddenly became a possibility. But along with that comes the uncomfortable idea that dreams may one day no longer be private and all the ethical and potentially volatile questions that pose.

For now, what has this technology revealed about the function of dreams?

Using Dream As A Therapy

One of the primary beliefs science held about dreams was that dreams were just a by-product of REM sleep. The real benefit to human health and survival was believed to be REM itself, not the accompanying dreams. Some challenged this idea, thinking there was reason to believe it was REM-sleep in combination with the dreams that served a function.

Based on the combined pattern of brain activity and brain neurochemistry of REM-sleep dreaming, Dr. Walker predicted it might be a form of overnight therapy which offered emotional resolution to painful events experienced during the day.

One of the primary reasons for his theory was because of the extreme change in the level of the stress-related hormone, norepinephrine, during REM-sleep. It turns out it is the only time in a 24-hour period the brain is devoid of this chemical known to trigger anxiety.

That, combined with MRI studies that showed key emotion and memory related structures in the brain were reactivated during REM-sleep, led him to wonder if emotion-specific memory processing was taking place during a time when the brain was calm, reimaging difficult events to bring emotional resolution? Otherwise, we’d all be in a state of chronic anxiety, constantly reliving the emotional charge associated with every difficult event we had experienced, each time the memory crossed our mind. To me, one of the most intriguing aspects of REM-sleep dreaming that Dr. Walker mentions is what he refers to as “informational alchemy.”  It’s basically when the act of dreaming supports the ability to process information in an intelligent way, inspiring creativity and problem solving.

He gives examples of people like Mendeleev, the Russian chemist who dreamed of the Periodic Table after days of struggling to come up with a way to logically organize the elements. The legendary songs, “Yesterday” and “Let It Be” came to Paul McCartney in his sleep. Mary Shelley first dreamt of “Frankenstein,” a dream so vivid she almost mistook it for reality.

And then there was Thomas Edison who would nap during the day in a chair, holding a handful of steel balls above a metal saucepan he had placed upside down below its arm rest. He knew genius lived in the dreams that would be occupying his mind when those steel balls fell from his hand and hit the saucepan, waking him up.

If I didn’t know better, I could almost believe they had each reached the astral plane.

Regardless of what you may or may not believe, you should have no doubt of the importance of quality sleep.  If you or your clients struggle with sleep, there are real answers that don’t involve pharmaceuticals that ultimately exacerbate the problem.

I would love to help.

You deserve to live out your dreams through optimal health. 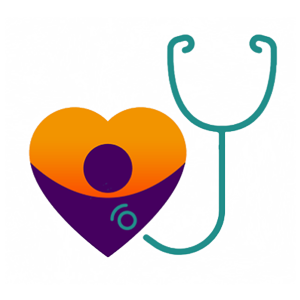