Hypoglycemia and the Myth of Eating Frequent Small Meals 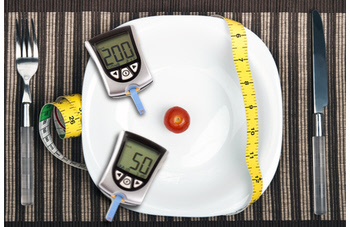 In a previous newsletter and blog post, I wrote an article about the dangers of eating frequent small meals. You can read it here. Most people believe they need to eat frequently to avoid hypoglycemia. In fact, eating small, frequent meals has never been proven to accelerate weight loss despite what many experts claim. In fact, there are many more studies that suggest that less frequent eating promotes more rapid weight reduction. And further, most people who claim they are hypoglycemic (and attribute feeling uncomfortable if they skip meals) really don't experience true hypoglycemia. Many of the people I've worked with have discovered that their blood sugar is actually up when they experience the out of balance feelings they were misled into believing were symptoms of low blood sugar. Many people do experience what's known as “reactive hypoglycemia”, where their blood sugar plummets after being high, triggering too much insulin secretion, then going too low because of the over clearance of sugar from the blood due to high levels of insulin.

Why It's Best to Space Your Meals 5 – 6 Hours Apart

The first three hours after you eat, your body produces a hormone called insulin. Insulin's job is to clear the sugar from your blood and pass it on to your muscles and liver so they can do their job. About an hour after eating, if your insulin level and blood sugar levels are starting to come down as they should, then growth hormone is released. Growth hormone, in the early post-meal stages, triggers the build up of muscle protein, which is enhanced by the presence of insulin. When insulin is activated, and when your body is functioning normally, your liver and muscles take on as much glycogen (your body's storage form of sugar) as possible.

While Insulin is Active in Your Bloodstream, Fat Burning is Not Possible 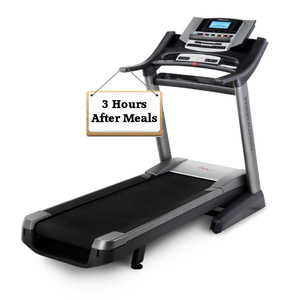 About three hours after you eat a meal, your insulin level should be back down to where it was before your meal, and your liver begins to kick into high gear, mobilizing glycogen into blood sugar.

At that point you begin to burn fats that are in your blood for energy, thus putting to good use fats that would otherwise go into storage as unwanted fat!

More than four hours after eating, growth hormone begins to mobilize fat for fuel. However, this use of fat for fuel only happens when insulin levels are very low.

Why Snacking Between Meals is Self-Sabotage

The period in between meals should be an opportunity for your liver to exercise and clear out glycogen.

If you snack between meals or eat a meal too soon after the previous one, your liver's exercise routine is blocked, thus setting you up for obesity, insulin resistance, and diabetes. When your liver doesn't get enough exercise, it can synthesize excessive cholesterol, leading to elevated blood lipids even if the food you eat contains no cholesterol. If your muscles are well toned, they will use up fat between meals much faster than untrained muscles. In fact, muscle tone can provide you the energy that you need to keep going all day long. When you eat too soon after a previous meal, insulin levels rise too soon, turning off your liver's exercise routine, inhibiting fat burning, and causing calories to be stored rather than burned. Plus, your energy will plummet and you may suffer from food cravings. If you consistently eat meals too close together, you'll cause your pancreas to fatigue, your insulin receptors to become resistant, and you'll struggle with your weight.

If You're Hungry Between Meals

Feeling weak or hungry sooner than 5 – 6 hours after eating a meal can be due to:

As you can see, the biochemistry supports eating meals less frequently rather than more frequently. The ideal meal spacing gap appears to be 5 – 6 hours between meals with a 12-hour period between your evening meal and morning breakfast.

According to Dr. Dennis Clark, author of The Belly Fat Book, “The recommendation of eating six small meals per day, to keep the furnace burning hot, has become dogma in some circles. However, the common advice for frequent meals to keep the body's furnace burning hot makes no sense physiologically or biochemically.” In the book Eat Stop Eat, Brad Pilon quotes Dr. Tim Crowe, nutrition specialist at Deakin University in Melbourne, as saying that the six meal per day diet is a “faddish dieting trend, with very little research in support of it.” Crowe notes that some research suggests that playing around with when you eat may actually cause you to put weight on. According to Pilon, 56 percent of adults eat between two to four times a day, while 37 percent eat five to seven times daily.
The “three meals per day” eating pattern becomes more critical for keeping a low body fat percentage as you age and your metabolism slows down. This slow-down can be partly corrected by regular strenuous exercise.

What To Do if You Have Hypoglycemia

If you think you can't space your meals because you have hypoglycemia, think again. 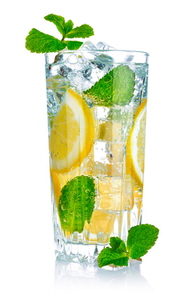 Get a blood glucose meter and check your blood sugar between meals. When hunger comes on too soon, stave it off with water flavored with essential oils, or lemonade made with water, lemons, and a pinch of stevia, if desired. Make friends with hunger. It can be your friend.

Hunger indicates that your body is in fat burning mode. If you learn to tolerate a little hunger and gradually increase the space between meals, you'll be rewarded by weight reduction, hormone balance, and improved blood lipids. Give it a try. I have had patients who only did the meal spacing when we first started working together and began to release pounds that had, up until then, been stuck for a long time. When it comes to meal spacing and what's best, which do you want to believe? Modern day dogma or the science of how your body works?

How long do you leave between meals? 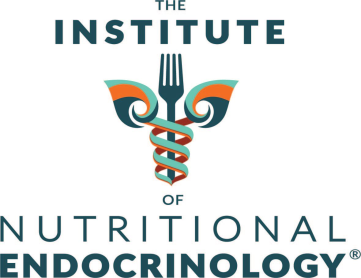