The Importance of Genetics Testing In Functional Medicine and Nutrition Practice 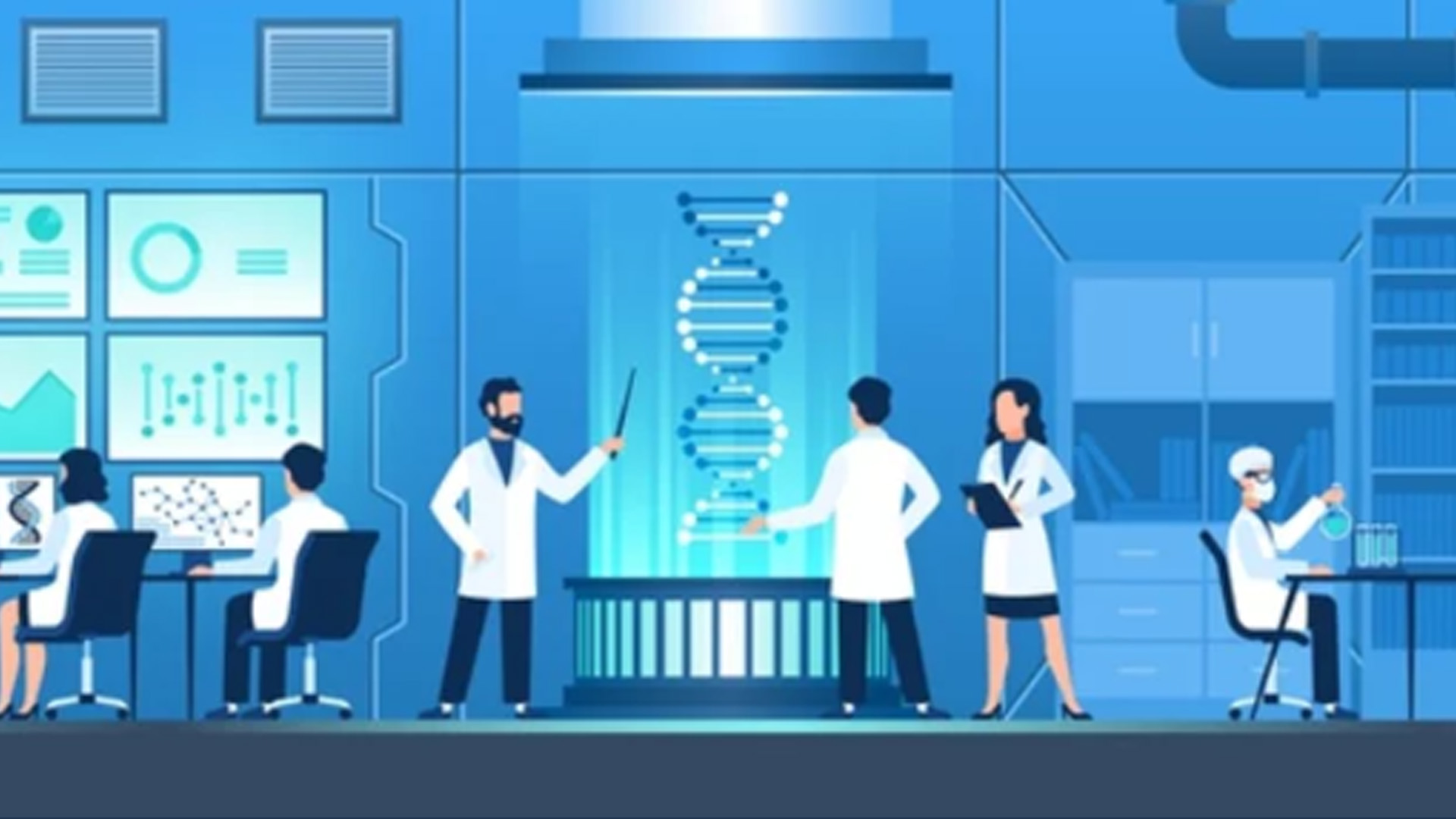 I know because every year in my Nutritional Endocrinology Practitioner Training (NEPT) program, time is spent updating the information related to this progressive area of healthcare, particularly in regards to nutrigenomics and epigenetics.

But the time is well spent!

If you are a functional healthcare practitioner, or someone hoping to gain greater understanding of a stubborn condition, incorporating genetics into you or your client’s health profile can be the missing piece of the puzzle that finally provides needed answers.

Genetics can quickly bring unique insight, allowing the creation of a tailored protocol that serves the individual at a genetic level. It is a valuable tool you will need in your toolbox in order to stay on the cutting edge of healthcare.

Although you don’t need a degree in genetics to take advantage of the new science, maneuvering through this evolving landscape can prove challenging.

So where did this all start?

In May of 1985, a conversation was started at the University of California, Santa Cruz that would ultimately lead to one of the most important discoveries in modern science. It was the initial discussion as to the feasibility of building a gene sequencing capability.

In 1988 the general consensus was that science still did not have the technical capability for such a project, but by 1990, the Human Genome Project (HGP) (1) was a reality.

Thousands of dedicated researchers from around the world, eventually known as the International Human Genome Sequencing Consortium, began working on what is still the world’s largest collaborative biological project. It involved researchers from 20 separate universities and research centers across the United States, United Kingdom, France, Germany, Japan and China.

Their 15-year goal was to determine the base pairs that make up human DNA; identifying, mapping and sequencing all of the genes of the human genome from both a physical and functional standpoint.

The original DNA was collected through blood samples from 12 anonymous volunteers, all from the general area of Buffalo, New York, USA.

In 2003, two years ahead of schedule, the HGP announced they had produced a genome sequence that accounted for approximately 90-92% of the human genome, the best that technologies for sequencing DNA allowed for at the time.

Challenges with the HGP

As amazing as the HGP accomplishment was, there were a few problems that continue to impact genetic research to this day.

One of the challenges for researchers at the time was not having the technology to decipher specific parts of the genome that were difficult to see which is why the genome sequence was incomplete.

92% of the human genome is euchromatin, a lightly packed form of chromatin (DNA, RNA, and protein) which can be seen easily during the process of cell division.  The other 8% of human DNA is heterochromatin, a tightly packed or condensed form of DNA that is much more difficult to unravel and sequence. This type of DNA is primarily near the telomeres and centromeres of chromosomes.

Another challenge for the HGP was that although they were able to achieve what is now considered a first draft or general sequence of the human genome, they had not been able to decipher what any of it meant functionally.  They were unable to clearly identify the areas of the genome that contained genes let alone what those genes did.

When the shortfalls of the HGP became clear, in September of 2003, the National Human Genome Research Institute (NHGRI) announced the Encyclopedia of DNA Elements (ENCODE) Project(2).  Its goal was to find all the functional regions of the human genome, whether they form genes or not. (More on that later.)

Now in its fourth phase, ENCODE identifies itself as a “public research consortium aimed at identifying all functional elements in the human and mouse genomes.”(3)

As technologies improve, functional regions of the human genome continue to be redefined(4),  but ENCODE and the NHGRI’s policy of open access to all of its genome data has enabled research to progress unimpeded.

In March of 2022, the Telomere-to-Telomere (T2T) (5)  consortium announced they had completed the first, gap-free sequence of the human genome.(6) Led by researchers from NHGRI, University of California, Santa Cruz, and the University of Washington in Seattle, they completed what was once believed to be impossible.

Utilizing bioinformatics, an interdisciplinary field that develops methods and software tools to understand large, complex biological data, T2T was able to finally decipher the final 8% of the human genome. It contained numerous genes, repetitive DNA, and was comparable in size to an entire chromosome.

DNA(7) is a very long molecule composed of two strands twisted around each other to produce the famous double helix (although it’s now known DNA can twist itself into many different shapes).

The HGP correctly predicted the human genome has 3 billion base pairs, so if a person were to unwind and flatten one of these strands, it would be a chain 3 billion letters long.

Each letter in the chain represents one of four related chemicals called nucleic acids that serve as the primary building blocks for human DNA: adenine (A), cytosine (C), guanine (G), and thymine (T).

Although these nucleic acids can exist side by side in any order, the opposite strand of DNA is dictated by the fact nucleic acids only pair up in a specific way. A only pairs with T, and C always pairs with G.

the sequence in the corresponding strand would read:  TGGCAGTTAGCCTAAG

This is why individual nucleic acids (A,T,C,G) are also referred to as “bases” or “base pairs” in a DNA sequence.

99.9% of the time these letters appear in the exact same order and frequency in the human genome. The .1% of the time it doesn’t is what gives individuals their physical and biological uniqueness.

This .1% is also where much of genetic research is focused.

One of the misconceptions about genes is that they are directly connected to things such as eye and hair color or height. Actually, it’s all about protein.

A gene is defined as a string of DNA that encodes information necessary to make a protein, which then goes on to perform some function within the cells. It’s this protein synthesis that actually determines what hair and eye color a person will have.

So within this length of 3 billion nucleic acids, there are sequences that have been identified as being coded to make protein(8) (also known as genes), and sections that are non-coding.

A “gene” could be made up of a sequence of 300 base pairs or 2 million base pairs, it varies. But what is generally agreed upon is there are approximately 20,000 – 25,000 genes within the human genome.

What’s interesting is that protein-coding genes only make up about 1-2% of human DNA.

That’s one of the biggest puzzles genetic researchers have yet to solve.  But much has been discovered already.

It was once believed non-coding DNA(8) was basically junk left over from the evolutionary process that served no purpose. This is no longer believed to be true.

In fact, it might be within the noncoding DNA that the greatest advances in healthcare have yet to be found.

It’s now known that noncoding DNA contains sequences that control gene activity. They act as regulatory elements, determining when and where genes are turned on and off. There are also sequences that provide instructions for the formation of certain types of RNA molecules.

Non-coded DNA contains sites that direct specialized proteins to attach themselves to genes and either activate or repress the process by which the information from genes is turned into proteins.

In other words, non-coded DNA may hold the key to gene expression.

It’s also the primary area where SNPs are found (single nucleotide polymorphisms), the genetic variations that may guide the future of genetic research.

One of the greatest gifts provided by the International Human Genome Sequencing Consortium happened in May of 1999 when they reaffirmed their commitment to providing free, immediate and unrestricted access to human sequencing data, resisting the pressure to turn the human genome into a commodity available only to those with the power and money to utilize it.

To this day, as discoveries are made around the world, the NHGRI maintains an open access site that allows researchers to apply to update genome data which is available to anyone interested.(9)

What does this mean to functional healthcare?

If you consider technological advancements, the study of genetics and its practical application to guide healthcare decisions is really just beginning.

A functional healthcare practitioner’s ability to understand and apply it to optimize a client’s health goals will be a standard part of a well thought out protocol.

Two areas of genetics that I focus on are already having a meaningful impact on healthcare; nutrigenomics and epigenetics.

Nutrigenomics is the study of how food and food constituents affect gene expression, and how an individual’s genetic variants impact their nutritional environment.

Epigenetics is the study of how diet and lifestyle can impact gene expression.

With the easy and affordable access people now have to genetic testing, it’s critical for all practitioners to understand how to interpret and apply results to maximize their clients’ health outcomes.

If you want genetics to be a part of your healthcare practice, I encourage you to check out my Nutritional Endocrinology Practitioner Training (NEPT) program. It’s a big part of the curriculum that is always updated to remain current with the latest research.

If you are not a healthcare practitioner but interested in better understanding how genetics may be impacting your health outcomes, you will want to take a look at my Nutrigenomics program which is a part of my Empowered Self-Care Lab.

Whether you’re a practitioner dedicated to helping people to improve their health,  or an individual looking for optimal health, my goal is to empower people with the knowledge they need to bring change to this broken, disease-focused, medical system.

You can be a part of the change so desperately needed!

Beyond Genes: Scientists Venture Deeper Into the Human Genome

The Encyclopedia of DNA Elements (ENCODE)

The complete sequence of a human genome | Science

What Is DNA And How Does It Work? • Stated Clearly

What is the Difference Between Coding and Noncoding DNA – Pediaa.Com