The Microbiome in the Gut Is Foundational to Immune System Health 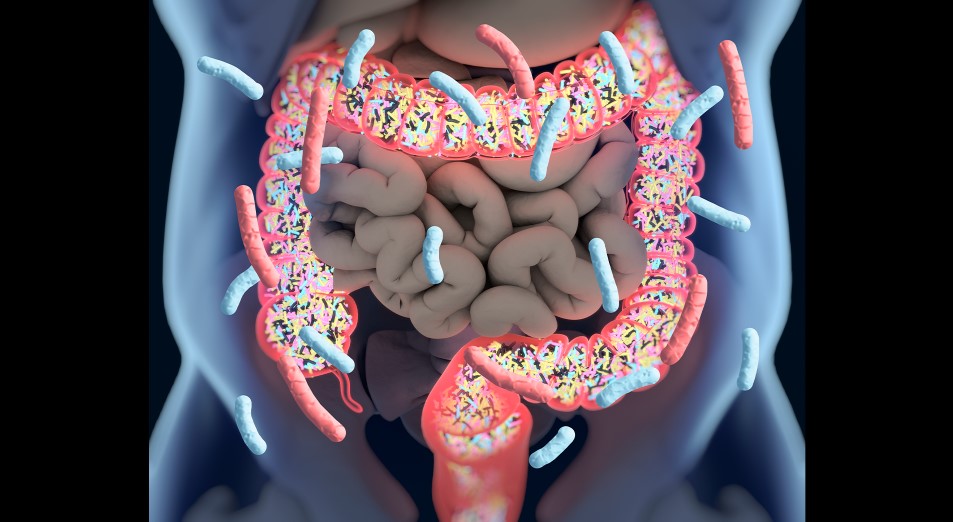 Estimated to have over 100 trillion cells and at least 10-fold more unique genes than the human body, the human microbiome is now known to actively impact multiple body systems including circadian rhythm, metabolism, nutritional responses and immunity.

The human being could be considered by definition a “super organism” made up of only 10% human cells and 90% microbial cells, most of which are found in the gut. They create a complex, self-regulating community that depends on homeostasis for their survival and our optimal health.

Although the idea that microbial partners can promote human health was first proposed by Doderlein in 1892, it’s only been within the last decade that science has begun to truly grasp the degree to which the microbiome controls the development, education and function of a healthy immune system.

Development of the Microbiome in the Gut

A person’s immune response throughout their lifetime may be greatly dependent on a critical time early in life when first exposed to microbes.

A recent study has shown that babies born via c-section are more likely to develop asthma and food-borne allergies by the age of three. The assumption is they miss out on the “microbiome seeding” that takes place when they pass through the mother’s birth canal.

Another fascinating study discovered a difference in the microbiome of babies born at home and those born via c-section in a hospital.  The difference in the type of microbes was directly linked to whether or not the infant’s first touch came from a nurse or doctor in a hospital setting.  This appeared to correlate with later cases of asthma, eczema, and food sensitivities.

First contact may actually take place invitro. Once believed to be sterile, it’s been found that the placenta harbors a small but diverse community of bacteria in healthy mothers.

Much will be learned from a better understanding of how the immune system’s foundational development is influenced by its first interactions with microbes.

Microbiome in the Gut Educates the Immune System

The microbiome is now known to play a primary role in the training and development of the innate and adaptive immune system.

Pattern recognition receptors (PRRS) are key to the immune system’s ability to recognize foreign substances and alert the immune system to possible antigens.  As  explain in   Autoimmunity, Immune system Health, & Thymus Gland Function, the thymus gland is where cells are trained to distinguish between self and non-self molecules.

It has been discovered that friendly microbes abundantly produce Pattern recognition receptors while colonizing the gut.  They instruct immature T-cells that recognize them to develop into regulatory T-cells resulting in tolerance.

Polysaccharide A, a metabolite produced by Bacteroides fragilis, is a great example that has been well studied. Not only does it promote symbiosis by educating the immune system to recognize it as friendly, downstream it eventually facilitates the expression of anti-inflammatory genes.

If you consider just this one example, it’s easy to understand the profound importance of microbiome diversity and how that may influence immune system health, as well as overall health.

Symbiosis between the Gut Microbiome and Immune System Regulation

The human microbiome and immune system have a vast and complex symbiotic relationship. But at this point in time, science knows much more about “what” happens to the immune system when microbiome homeostasis is lost than the exact mechanisms by which this takes place.

What is known for sure is that environmental factors like diet and antibiotic use, along with genetic susceptibility, can begin to cause a disturbance in the microbiome.  This then leads to immune dysregulation that results in disease.

This imbalance is now linked to IBD, systemic autoimmune disease, cardiometabolic disease and cancer.  It’s also been suggested it modulates other “multifactorial” diseases such as neurodegenerative diseases.

As research continues, there is little doubt this relationship will prove to have a far-reaching impact on overall health.

When I read articles that predict autoimmune disease is expected to rise annually by 3% to 9% due to the spread of the Western fast-food diet, that’s disturbing enough.

But what I find even more disturbing is the conscious choice to tackle the issue at the level of “genetic susceptibility” since it’s said ‘nothing can be done about the global spread of fast-food franchises. (Wasn’t there an effective campaign to educate the public and reduce the use of cigarettes? Don’t cigarettes at least have warning labels?)

Much urgency is placed on the need for new treatments and drugs due to the surging cases of autoimmune diseases across the world.  “That means growing numbers of people face surgery or will have to have regular injections for the rest of their lives.  It can be grim for patients and a massive strain on health services.  Hence the urgent need to find new, effective treatments.” A direct quote from a world expert who has set up a research group to pinpoint the precise cause of autoimmune disease.

Am I missing something here?

The root cause of the crisis is known, yet the choice is being made to focus immense amounts of money, resources, time, energy, and brain power on treating symptoms instead of supporting immune system health. This backwards thinking is why I started my podcast, ReInvent Healthcare.

As functional healthcare providers we can’t become discouraged. We are more important now than ever. Graduates of my Nutritional Endocrine Practitioners Training (NEPT) are part of a community at the forefront of change, making the difference needed to fix a system that promotes and perpetuates illness.

If you are a practitioner that wants to be part of the solution, who wants to support clients in their quest for optimal health, I encourage you to join us. You are greatly needed.

If you are looking for great information on immune system support, download the guide I’ve put together, Immune Modulation Strategies Guide.

And listen to the podcast,  Culinary Herbs and Spices for Immune System Support.

Comment below and let me know how you feel about the misguided focus.  Are you willing to do what it takes to upgrade your diet so you can have a healthy and happy microbiome and immune system?  Your life depends on it.

Role of the Microbiota in Immunity and inflammation – PMC

The role of gut microbiota in immune homeostasis and autoimmunity – PMC

Intestinal bacteria and the regulation of immune cell homeostasis – PubMed

Interaction between microbiota and immunity in health and disease | Cell Research