Methylation: How to Identify Genetic Vulnerabilities and Optimize Health. 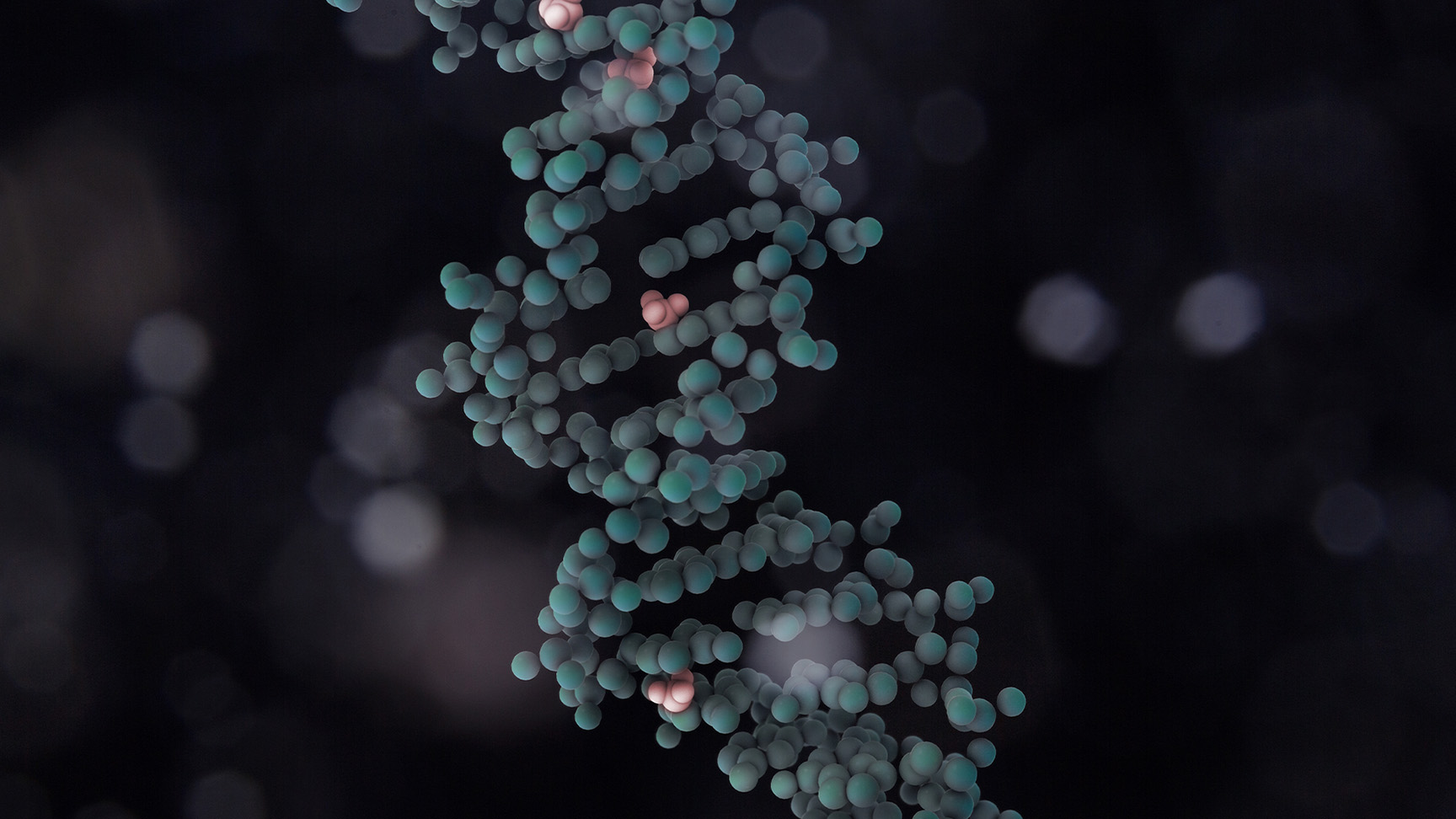 It happens a billion times per second, throughout the body, in every cell, yet  many of my new clients are unaware of it. Nor are they aware of how critically important its optimal function is to virtually every major body system, every disease process, and even how genes are expressed from the time of conception to death.

This is why I was so fortunate to have my colleague, Dr. Ben Lynch, epigenetic pioneer and author of the book Dirty Genes, provide a private training session to students in my Nutritional Endocrinology Practitioner Training (NEPT) program.

His expertise on methylation pathways and how dysfunction might present itself is foundational to my students’ understanding of this complex issue that is known to be a primary mechanism of epigenetics.

Dr. Lynch also presented at my S.H.I.N.E. 2021 conference.  Attendees still talk about his extensive knowledge base and how much they gained from his in-depth look at why methylation dysfunction can present such a challenge for practitioners and how best to approach it.

So why is methylation such a challenge to clients and their optimal health?

Methylation is a biological process that takes place when a methyl group- an organic compound made up of one carbon and three hydrogen molecules (CH3)-is transferred to another molecule or compound at the cellular level.

Demethylation is when (CH3) is taken away from a compound.

It sounds simple, right? Far from it.

When CH3 attaches to an amino acid called methionine, it converts into S-Adenosylmethionine (SAM-e). SAM-e is a universal methyl group donor.  It can travel throughout the body and donate CH3 to a multitude of compounds that depend on it.

After SAM-e donates its CH3 (demethylate) to a methyltransferase enzyme, it becomes the enzyme S-adenosylhomocysteine which then undergoes another chemical reaction that causes the release of the adenosine molecule. This results in the formation of homocysteine which can go two different directions.  It can either grab a methyl group (methylate) and revert back to SAM-e, or it can go on to make the powerful antioxidant glutathione.

It’s like a multi-dimensional game of hot potato is happening a billion times a second throughout the human body!

Bioactive vitamins, neurotransmitters, red blood cells, amino acids, DNA, RNA, and antioxidants all depend on methylation. Proteins, enzymes, and hormones must be methylated in order to function properly or to create other substances needed by the body. This ultimately impacts cardiovascular, neurological, and reproductive health in addition to energy production, detoxification pathways, and countless other biological transactions.

Looking at it from this perspective, it’s much easier to understand that without methylation pathways working properly, the body has no chance of functioning at an optimal level.

The big challenge for functional healthcare practitioners is identifying where in this process things are going wrong.  It can be complicated, ambiguous, and incredibly frustrating for both practitioners and clients.

Knowing what to look for and understanding if genetics play a role is the first step to resolution.

Through its ability to influence gene expression, DNA methylation and demethylation is involved in numerous biological events including embryonic development, immunity, genome imprinting, inactivation of the X-chromosome, and generally preserving the stability of chromosomes.

It involves the transfer of a methyl group from SAM-e onto the C5 position of the DNA nucleotide cytosine, forming 5-methylcytosine (5mC).  The presence of 5mC inhibits transcription, so essentially it turns the gene off.

Whether this is a good thing or not depends on the affected gene. If the gene is preventing tumor growth, it needs to be on. If it promotes tumor growth, obviously, it’s better that it be turned off.

This balancing act of DNA methylation and demethylation is the basis for epigenetics and the primary reason a person’s genes are not their destiny.  When it is working optimally it greatly contributes to overall wellness and serves to protect us from the biological assaults we face daily as a consequence of just living in this world.  But when it isn’t, it creates disease, dysfunction, and varying degrees of misery.

Given its complexity, where does a functional practitioner begin when trying to determine if biochemical or epigenetic methylation dysfunction is playing a role in a chronic condition?

“Our bodies are a beautiful, complex, interwoven tapestry of systems that work collectively and cooperatively. Most importantly, none work independently. It’s impossible to influence one body system without impacting the whole.”

The above quote is the reason methylation dysfunction can be such a tough nut to crack.

By the time new clients find me, most are suffering with multiple symptoms that could be a result of countless root problems, methylation being just one.

Dr. Ben Lynch had another, but similar, perspective.  He said you can’t look at methylation in a two-dimensional way when it is a multi-dimensional problem.  A single action or supplement targeting one symptom may only serve to make things worse.

It’s also important to remember that for every one thing that is known about methylation, there’s probably 100 things science has yet to figure out.  So generally speaking,  an approach that will serve a client’s overall health, regardless of what the root cause of their symptoms might be, is a great place to start.

In other words, back to basics!

If you are suspicious your client may have methylation issues, it’s important they have a folate rich diet with lots of organic greens and cruciferous vegetables. Beets are also a great source of folate. Folate is a methyl donor and can help with hypomethylation (low methylation).

There can also be an excess of methyl donors which leads to hypermethylation. This can happen when a person over-supplements with DMG, SAM-e, methyl folate or niacin.

Balanced methylation is the goal.  Too much or too little can lead to problems so whenever possible it’s best to try to get needed nutrients from diet and be judicious with supplementation.

Stress and exposure to heavy metals, pesticides, and other chemicals can overload the methylation pathways leading to the body’s inability to rid itself of toxins or recover from naturally occurring oxidative damage.  Reducing possible exposures as well as having stress management techniques should be part of every wellness protocol.

Recent studies show regular exercise is associated with DNA methylation patterns that may allow for increased insulin sensitivity. It also showed a higher expression of those genes associated with energy metabolism, myogenesis, and oxidative stress resistance in skeletal muscles of older people who exercised on a regular basis as they aged.

Certain medications, such as antacids and  metformin, are known to interfere with the methylation process. Reviewing what prescribed or over-the-counter medicines a client is taking is important.

Genetic testing isn’t absolutely necessary to address methylation, but if a client has improved their diet and lifestyle, and is still struggling with persistent symptoms, there’s a good chance their genetics are playing a role.

Four of the most studied genes that influence methylation are MTHFR, MTRR, MTR, and COMT. A single nucleotide polymorphism (SNP)  in any one of these may make a client more susceptible to methylation problems.

Additional steps or a stricter protocol may be required to bring their methylation back into balance. Remember, these genes are not written in stone and you have the power to work with them to change outcomes.

Research regarding epigenetics is constantly revealing new and remarkable ways a person can rewrite their genes, figuratively.  Staying up to speed directly impacts how to ensure you are providing clients with the best information available, empowering them to take their health into their own hands and giving them the inspiration they need to achieve their health goals.

Being able to learn from pioneers in the field, like Dr. Ben Lynch, makes me excited for the future of functional healthcare and the impact my NEPT students will have.

If you are interested in learning more about this cutting edge area of healthcare, consider joining my Nutritional Endocrinology Practitioner Training (NEPT) program.  It’s a supportive, nurturing environment, ideal for practitioners who want to bring real change to the broken healthcare system at the same time providing the best care and service available to their clients.