The Histone Code: An Epigenetic Path to Longevity 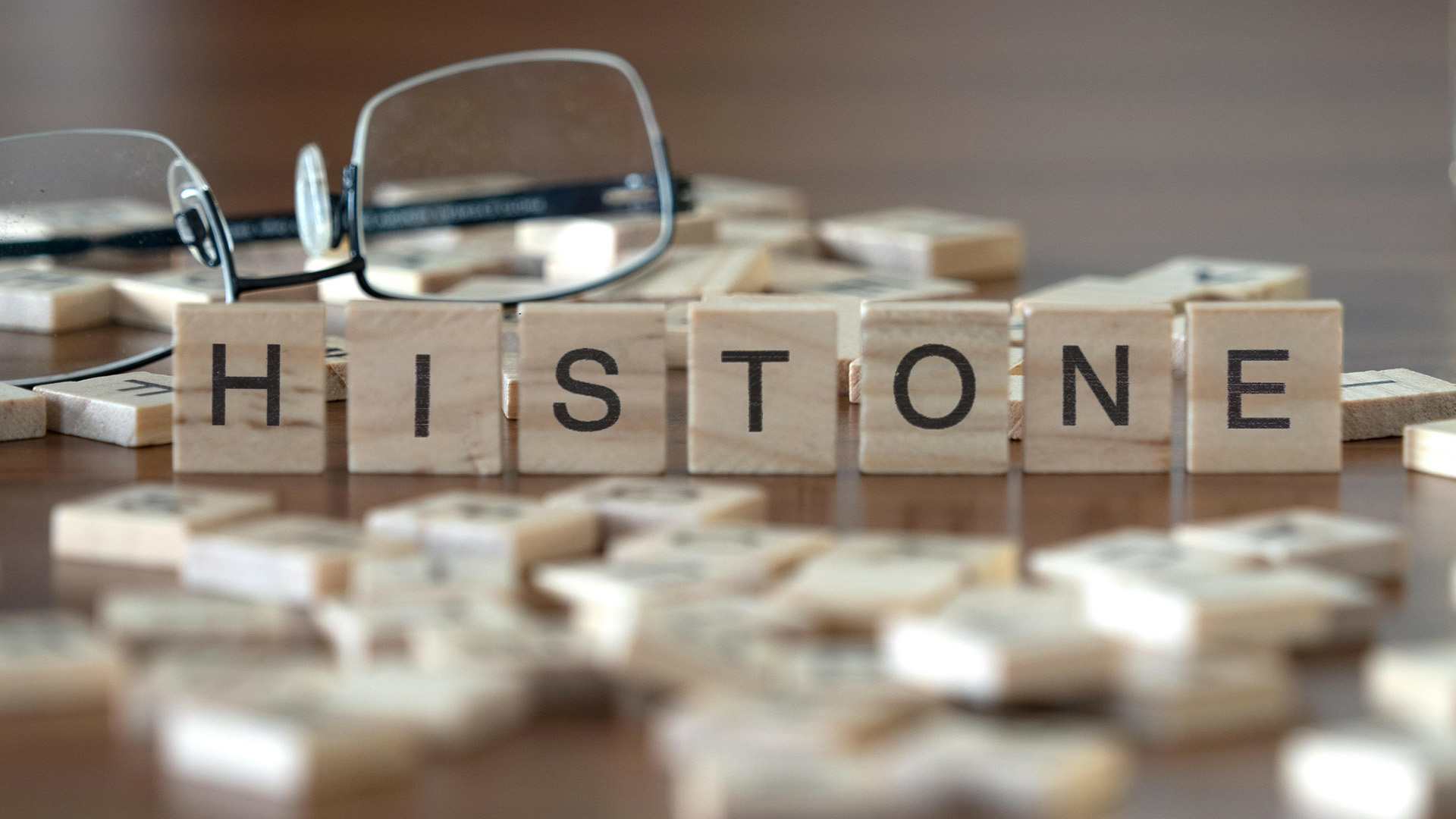 There is no shortage of time, energy, or money given over to the study of longevity. But is this a good thing?

The current broken medical system may be devoted to keeping people alive, but it certainly isn’t devoted to keeping people healthy.  What is the benefit of a long life if the added years are spent in doctors’ offices and hospitals undergoing treatments that do little to extend the quality of life, leaving most people sick, miserable and unable to enjoy the time they have left?

As a functional healthcare practitioner, my focus is on extending a client’s health-span, not just their life-span, so the precious years gained are years spent enjoying everything they have worked so hard to cultivate: families, friends, careers, dreams, and goals.

One of the reasons I’m so devoted to my Nutritional Endocrinology Practitioner Training (NEPT) program, and the practitioners that commit to it, is because every day I can see the amazing results achieved when their clients are empowered with the knowledge and choices needed to live life to the fullest; happy, healthy, and going strong into their advanced years.

I know that is what I want, so when I see new research that might support longevity, my first question is, “Will it support a person’s best life AND best health?”

If the answer is yes, then I get excited.  That’s why I’m excited about recent research on histones.  You should be too.

Every cell in the human body contains the same DNA sequence, whether a muscle, skin, neuron, or liver cell, yet each type has a different structure and function.  This is because different cells only use or express certain genes.

This is epigenetics in action.

One way this is done is through DNA methylation.  It involves a methyl group attaching itself to the cytosine in a DNA gene sequence.  When this happens, it essentially turns a gene off by preventing transcription.

DNA methylation is one epigenetic pathway by which genes can be turned on and off.  But more and more studies are pointing to the histone code as being the primary workhorse controlling gene expression.

Within the nucleus of every cell in the human body is a complete DNA sequence that measures six feet in length.

Each nucleus contains a material called chromatin.  These chromatin fibers float around like a pot of boiling spaghetti until a cell begins to divide. As a cell prepares to divide, the chromatin organizes itself into what is visually recognizable as the 46 chromosomes that carry a complete set of human DNA.

If a person were to look closely at a chromatin fiber, it would look like a long string with beads. Each of these beads is known as a nucleosome which is made from DNA strands wrapping around proteins.  These proteins are called histones.

There are four primary histones: H2A, H2B, H3, and H4.  Two copies of each of the histones form a “histone octamer” which acts like a spool for the DNA.

A single nucleosome consists of about 150 base pairs of DNA sequence wrapped around this core of histone proteins. The nucleosomes repeatedly fold in on themselves to tighten and condense the packaged DNA, forming a chromosome.

In this way, all six feet of DNA, bound into 46 chromosomes, can fit into the nucleus of a cell.

So what has this got to do with epigenetics and longevity?

Each histone that makes up a histone octamer has a tail that extends out from the central core of the nucleosome. Made of the same proteins, the tail comprises about 25 to 30% of the mass of the histone.  These tails have an abundance of the amino acid lysine and it is primarily at this lysine component that the histone tails can be chemically altered by acetylation and methylation.

When histones are acetylated, it weakens the bond between the histone and DNA which results in loosely formed chromatin called euchromatin.  Genes within euchromatin are more easily transcribed so typically they are turned on.

Because these modifications can also determine the amount of protein a gene makes, they can determine the degree to which a gene is either activated or repressed, depending on where the alterations occur.

The histone code is the idea that gene expression is influenced by the way in which histones communicate between each other, known as “cross-talk.”  In fact, to some researchers this code is more like a language.

It appears histones may be able to manipulate how and when transcription takes place in ways that go beyond chromatin structure, maybe going so far as being able to remodel nucleosomes.

Although research still has a long way to go to truly understand the mechanisms by which it happens, there is now little doubt that the histone code is a master controller of gene expression through its influence over chromatin structure and transcription.

As we age, gene expression changes and this can have damaging or protective effects depending on the gene and how its expression is regulated. Because chromatin structure can silence or activate gene expression, many theories on aging studies are now focused on histones and how their cross-talk may influence those changes associated with aging.

Histones can affect lifespan by changing transcription throughout the body, altering the expression of key longevity genes, or a combination of both.

It’s also known there is a loss of histones associated with aging which can reduce nucleosomes and in turn decrease the amount of heterochromatin in cells. This results in the upregulation of many genes, causing genome instability which can lead to cellular aging and age-related disease processes.

Diet is, to date, the most studied environmental factor to affect longevity.  It’s well known that cells respond to different phytonutrients through various signaling pathways which impact gene expression through their influence on chromatin.

But can diet affect chromatin structure and gene transcription through histone acetylation and methylation?

Although more research is needed, initial studies say yes. Yeast, animal, insect, and human cell studies have all shown diets high in fat, low in protein, or calorie restricted can modify histones in both positive and negative ways.

And although being able to sustain histone numbers is important to healthy aging, most research is being directed at the enzymes that trigger acetylation and methylation of histones because various levels can trigger substantial changes in lifespan.

One such family of enzymes getting a lot of attention is histone deacetylases (HDACs).

A histone deacetylases is an enzyme that removes an acetyl group from histones. This can then change the way the histones bind to DNA and may affect its activity.

This can have a negative or positive affect, depending on multiple factors.

The good news is that many of the healthy foods we eat contain phytonutrients that block or activate HDACs in a positive way, promoting both longevity AND health span.  I’ve included a few and where they can be found.

One of the reasons research on histones and other epigenetics associated with aging are drawing so much attention is because it’s known that some age-related disease processes can be prevented and even reversed.

It’s never too late to have a positive impact on gene expression if you have the proper support, accurate information, a great diet and an overall healthy lifestyle.

Progressive healthcare providers know it’s much easier to prevent illness than recover from full blown disease, but western medicine doesn’t seem to have gotten that message yet.  In the meantime, it’s up to functional healthcare practitioners such as myself, who focus on optimal health and extending health span to bring the change so desperately needed to the broken medical system.

If you want to empower clients with the kind of knowledge and support they need to live their best lives into old age, and rewrite this false narrative that poor health is a natural function of aging, consider the  Nutritional Endocrinology Practitioner Training (NEPT) program.

If you aren’t a practitioner, but know there is a better and sustainable path to optimal wellness at any age, look into the Empowered Self-Care Lab.

It’s possible to live your best life regardless of the number of candles on your sugar-free, plant-based cake.  The world needs to know this.